In early January 2018, U.S. Attorney General Jeff Sessions rescinded the long-standing Obama-era guidance regarding the Department of Justice’s (DOJ) treatment of the marijuana industry. In a series of memoranda dating back to 2009, Deputy Attorney Generals David W. Ogden and James M. Cole had established national guidance listing eight key areas of marijuana enforcement for federal prosecutors and law enforcement agencies. Federal law enforcement personnel were directed to focus their resources on persons and organizations that interfered with these priorities. Notably, the use of medical marijuana was not included in the list of enforcement priorities. The memoranda stated that federal marijuana enforcement should not focus on individuals whose actions are in “clear and unambiguous compliance” with existing state laws providing for the use of medical marijuana, and that pursuing prosecution of individuals with serious illnesses and their caretakers is “unlikely to be an efficient use of limited federal resources.”

The Sessions Memo
In his January 4th memorandum, Attorney General Sessions deemed the Cole and Ogden memoranda “unnecessary,” and directed federal law enforcement to follow the “well-established principles that govern all federal prosecutions.” Such principles include the following: federal law enforcement priorities set by the Attorney General, the seriousness of the crime, the deterrent effect of criminal prosecution, and the cumulative impact of particular crimes on the community. He explained that the significant penalties for the cultivation, distribution and possession of marijuana under the Controlled Substances Act reflected Congress’s belief that marijuana activity is a “serious crime” involving a “dangerous drug.”

If you have any questions or concerns regarding the DOJ announcement, please contact any of Houston Harbaugh’s health care attorneys. 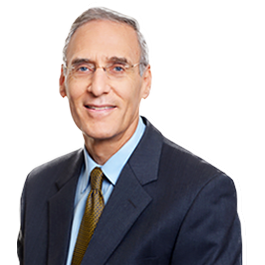