In December 2020, the Pennsylvania Supreme Court heard oral argument in Mortimer v. McCool, et al.,[1] which presents the question of whether the Court will adopt the “enterprise” or “single entity” theory of the piercing-the-corporate-veil doctrine. If adopted, the enterprise theory would dramatically change Pennsylvania law to increase potential liability for related businesses and expand the available circumstances under which Pennsylvania courts may disregard the corporate form.

Under well-established law, corporations, LLCs, and similar businesses are separate legal entities that are independent from their shareholders and owners. There are, however, limited circumstances where corporate status may be disregarded. Under the doctrine of “piercing the corporate veil,” the separate legal form of a corporation or similar entity may be disregarded—or pierced—in order to hold owners of the business personally liable. In Pennsylvania, the doctrine of piercing the corporate veil applies where a corporation operates as a “facade” or “alter ego” of its owners, and it would essentially work as a fraud for those owners to be able to “hide” behind the corporate form. In evaluating whether a corporation, LLC, or other similar business entity is a mere “alter ego” of its owners, a court will evaluate factors such as:

Piercing the corporate veil is not favored in Pennsylvania, and there is a strong presumption against the doctrine, which courts have cautioned should only apply when “specific, unusual circumstances call for an exception.” Under Pennsylvania’s version of the piercing-the-corporate-veil doctrine, only the owners of the subject business may be held liable, and the doctrine applies only when the business is an alter-ego of an owner. The appellants in the Mortimer case, however, are asking the Pennsylvania Supreme Court to expand the doctrine to related companies. That expansive view of the veil-piercing doctrine is known as the enterprise or single-entity theory, and it applies when two or more business entities under some level of common ownership or control are treated as a single entity—or common enterprise—for the purpose of liability. Other businesses operated as part of the “enterprise” can be held financially liable even if they are not an owner of the business that originated the liability.

Both the trial court and the Superior Court rejected Mortimer’s claims based on the enterprise theory. In affirming the trial court’s judgment, the Superior Court noted that Pennsylvania’s intermediate appellate courts have repeatedly refused to adopt the enterprise entity of piercing the corporate veil. Mortimer then petitioned the Supreme Court for permission to appeal on multiple grounds, and the Supreme Court granted an appeal on a single question: “Whether … the Supreme Court should adopt the ‘enterprise theory’ or ‘single entity’ theory of piercing the corporate veil to prevent injustice when two or more sister companies operate as a single corporate combine.” Argument on that question took place in December 2020.

If adopted by the Supreme Court, the enterprise theory of piercing the corporate veil would dramatically expand the number of entities facing potential liability, as well as greatly increasing the list of behaviors that could lead to legal liability for related business entities. Only a handful of states currently recognize the enterprise theory, and those states are far more expansive than Pennsylvania in terms of the factors that justify piercing a corporate veil.

The Supreme Court’s ultimate decision in Mortimer could have a profound effect in Pennsylvania on business liability for related entities. Houston Harbaugh will be monitoring this situation and we will provide an update once the Pennsylvania Supreme Court issues its decision. 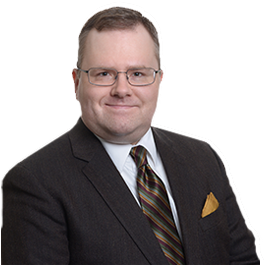