If you ask the average person what it means to possess property, their mind goes directly to tangible things – houses, cars, your new Peloton, etc. But, although they are property, Trade Secrets do not fit that mold. Moreover, unlike your fancy car, the value of that trade secret is derived solely from the secrecy of that knowledge.

The Third Circuit recently ruled on a precedential case involving federal and state law, including principally trade secret misappropriation claims under the Pennsylvania Uniform Trade Secrets Act (PUTSA)[1]. The Third Circuit’s ruling adopted reasoning from other Circuit Courts across the country in finding that possession of a Trade Secret is sufficient to have a claim for trade secret misappropriation, a legal issue that had long gone unanswered by the Court. Therefore, a company need not have contractual possession or ownership of the trade secret itself to assert a misappropriation claim under the PUTSA.

In Advanced Fluid Systems, Inc. v. Huber, the Third Circuit held that Advanced Fluid Systems (AFS) had standing to assert trade secret misappropriation claims under Pennsylvania law even though they did not have contractual possession of the Trade Secrets themselves. Specifically, the Third Circuit reasoned that AFS had “adequately alleged lawful possession of the relevant trade secrets and that ownership, in the traditional sense, is not a prerequisite to a trade secret misappropriation claim.” 958 F.3d 168, 175–76 (3d Cir. 2020).

In this case, an AFS employee used his knowledge of AFS’s systems to help a competitor win a lucrative bid. The employee then used the same knowledge to win another bid for his own newly created company. AFS sued the former employee and the competitor for trade secret misappropriation. The former employee and competitor (collectively, “Defendants”) argued in response that AFS had an agreement with the Virginia Commonwealth Space Flight Authority which gave that entity the “exclusive property” rights over “all materials generated during performance of the agreement,” including the trade secrets at issue in the litigation. Therefore the Defendants contended that AFS did not have ownership rights of said Trade Secrets and could not bring a misappropriation claim.

The Third Circuit responded as follows:

[W]hile ownership of the sort traditionally associated with real or personal property is sufficient to maintain a trade secret misappropriation claim because the complete bundle of rights related to trade secrets includes the right to enjoy the value of the information’s secrecy, it is not a necessary condition. A per se ownership requirement for misappropriation claims is flawed since it takes account neither of the substantial interest that lawful possessors of the secrets have in the value of that secrecy, nor of the statutory language that creates the protection for trade secrets while saying nothing of ownership as an element of a claim for misappropriation.

In their decision, the Third Circuit found this conclusion consistent with Pennsylvania’s common law view that Trade Secrets were property, and the misappropriation of that knowledge was a violation of property rights. Id. at 178. However, this reasoning has become a trend across the country, not just Pennsylvania. The Court, in their decision of AFS, relied heavily on the Fourth Circuit’s reasoning in DTM Research, L.L.C. v. AT&T Corp, 245 F.3d 327 (4th Cir. 2001)(involving Maryland’s version of the Uniform Trade Secret Act).

The Third Circuit went on to state as follows:

At the time of this post, no appeal has been filed in this case and the deadline to do so has passed. AFS v. Huber is, therefore, the “law of the land” in PUTSA-related claims. 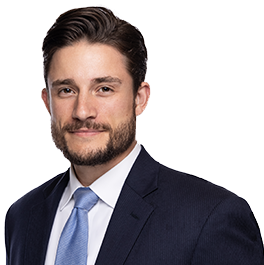